I received a call from a client unhappy that there new computer was slow. After some testing we came to the conclusion that in fact it was not the computer that was slow, it was the internet.
The client proceeded to organize a new internet plan.
A few weeks later I had a call from the same client excited they had a new internet plan with faster speed, but there was another problem now!
We can no longer printer or connect to the shared folder on the file server. After a few questions I discovered the had also purchased an install a new modem.
The problem clearly was a Local Area Network Routing table problem.
We made the appropriate changes to the new modems LAN table and DCHP Server settings, and now they can connect to the Static IP address of the printer and the file server as it was configured in the previous modem router. 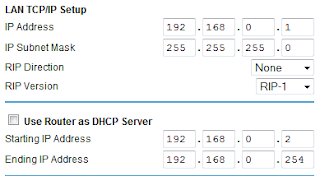